Complete Guide to Cacao – The Superfood

Cacao is a super-food consisting of some very high-quality active ingredients; such as vitamins, antioxidants & minerals – ingredients which are disease fighting and anti-aging. History goes that that cacao was first discovered by people called the Olmecs – they noticed rats enjoying it very heartily, and then realized that this ‘stuff’ came from a tree producing the wonderful flavors of chocolate.

They were probably the first humans to eat of the cacao beans – later crushing the beans and adding spices and herbs; then cultivating it in their Mexican environment. Gradually the Mayans and Aztecs also cultivated cacao, even using it as a monetary and measuring unit. Cacao became noted as a symbol which meant abundance, and it went on to be used even in religious ceremonies.

Drinking cacao was once deemed to be only a privilege that the rich could enjoy and sometimes embattled soldiers during wartime would drink it too. Then in 1502, Columbus saw his first glimpse of the cacao bean when he stopped over in Nicaragua.

However the real importance of the ‘brown gold’ was only recognized when Hernando Cortez drank some of it with Montezuma, the famed Aztec emperor, and he brought it to his Spanish courts later in 1528. He also brought over the necessary equipment so that it could be brewed properly in his country. But still, it was not yet recognized for its importance even then.

It was in 1585 that a shipload of cacao beans was sent to the Iberian Peninsula from Spain, and this launched the cacao trade; after which chocolate shops were started which heralded in a demand for this delicious ‘nectar’ of the new world.

Food Of the Gods

Today, chocolate is the most popular sweet throughout the world, and over 3 million tonnes of cacao beans are being consumed every year. Chocolate a natural aphrodisiac is also good for the heart and your brian.
No wonder the Aztecs and Mayans considered this gift the “food of the gods”

How is Cocoa made into Choclate?

The Theobroma cacao trees are to be found in the Orinoco and Amazon River basins in South America, having been distributed widely from SE Mexico to the Amazon River. These trees love humid and hot areas near the equator regions. The fruit is about the same size as the papaya fruit, producing bumpy type berries that are full of seeds, about 50 to a berry, which is covered in a white pulp. The berries are hand harvested because using machines could easily injure the trees. The pods are removed from the trees – they are orange when ripe. If you want to open one, you open it with a machete. The seeds are then placed in big fermentation type trays which are kept covered with leaves from the banana tree. They lie there for anything from 2-7 days, fermenting and producing the flavor and aroma that the world has come to love so much. The fermentation process destroys the embryo of the seed so that no unwanted germination occurs. The white pulp also falls away from the seeds .

From Cacao to Fine Chocolate

When the fermentation process is over, the beans are left to dry out in the sun where workers will turn them a few times in a day. This will go on for about 3-5 days so that the drying process is fully completed. Some people try and make the beans dry faster by placing them in rotation dryers, but nature knows best and the beans that are dried in the sun apparently taste the best. Then the beans get transported to the chocolate factory where they get cleaned from any debris; then moved on to be roasted in big ovens that rotate. This roasting is what will draw out the chocolate flavors. The roasted beans are then placed in a winnowing machine. This machine cracks the beans, removing the hulls. What’s left is called the nib and it’s these nibs that become delicious chocolate. The nibs are then ground down by quite a few rollers, resulting in a thick paste. Cacao paste and the powder is ideal for diet snacking and raw vegan desserts etc. with all their natural fiber – it’s because all the nutrients are still intact in the whole bean. The semi-solid or solid forms of pure cocoa are known as chocolate liquor but it does not contain any alcohol – the alcoholic chocolate liqueur does. Chocolate liquor and chocolate liqueur are quite different, actually. The real chocolate liquor is where unsweetened baking chocolate actually comes from. It is at this stage that the chocolate type will be determined. The Fine Chocolate Industry Association, or FCIA, says that ‘fine chocolate’ is chocolate that only has cacao liquor, sugar, optional cacao butter, lecithin, optional vanilla and milk solids and fats. Later on, extra flavor or nuts get added. ‘Fine chocolate’ consists of 3 categories. These are:

Real chocolatiers continue to debate whether the white chocolate should really be considered as chocolate. But in 2002, it was considered a confectionary, not a chocolate, according to the US Food and Drug Administration. This is because white chocolate contains no chocolate liquor. The FDA also recognizes grades in the 3 different chocolate types and this is determined by the ingredients, the amount of cocoa and where the beans come from; also how they are prepared.

The Theobroma cacao, or just cacao, is the real natural and original chocolate. The real organic cacao is what we are talking about here, the super-food, the one that contains special phytonutrients, which means it is packed with magnesium, sulfur, and phenylethylamine.

Cacao beans have rich supplies of copper, zinc, and phosphorus as well. Cacao nibs contain more antioxidants in them than you will get from wine, tea, goji berries and even blueberries. It’s those flavonoids in the cacao that takes it way beyond super-food status. And to benefit from these amazing health benefits, your cacao needs to be 100% pure and the purest way comes naturally from the beans themselves. It’s the beans that have the least amounts of processing in them, and it’s the beans that end up after the husks have been removed as cacao nibs – after they have been roasted.

Nerve and muscle function is maintained

Because they are so rich in magnesium, Cacao beans look after your muscles and nerves. Magnesium keeps your heart rate steady and enhances the functioning of your nerves.

Lose weight drinking cacao! Because it keeps you regular

Sounds unbelievable but it’s true. Even though cacao is considered high fat and high in calories when you eat pure cacao or cacao nibs, your body receives plenty of fiber, and that makes you feel fuller. Once again, you mustn’t get confused and think that the chocolate bars that you can find down at your grocer are the real thing. It’s not. There is not much dietary fiber there. Just one ounce of cacao nibs will have 9 grams of fiber in it. It’s not a super-food for nothing, cacao.

We all know how important iron is for good red blood cells production. 6% of what the recommended daily iron requirement is, is to be found in an ounce of cacao nibs. When you have a shortage of iron, you are tired, with malaise, but cacao can sort that out!

Because cacao is full of phytonutrients, free radicals get absorbed which could have caused stroke and coronary disease. This is particularly the case when the cacao beans are eaten raw. Studies also prove cacao benefits on insulin resistance, blood pressure platelet and vascular function. Findings from a study of more than 150,000 mostly male US veterans who didn’t have coronary artery disease at the beginning of the study – were suggested that eating an ounce of chocolate at minimum 5 times a week might help prevent coronary artery disease-related risks

Because cacao contains polyphenols, these inhibit particular intestinal secretions which are associated with diarrhea.

This is a kind of an irregular heartbeat that can cause heart failure or stroke and other things. Studies from Heart in 2017, found that adults who did eat chocolate just once a month had 10- 0% lower chances of developing atrial fibrillation than those who hardly ever touched chocolate.

Real organic cacao has a lot more calcium in it than milk does coming from a cow. For instance, 100 g of cacao contains 160 mg of calcium against 100 ml of milk with 125 mg of calcium. 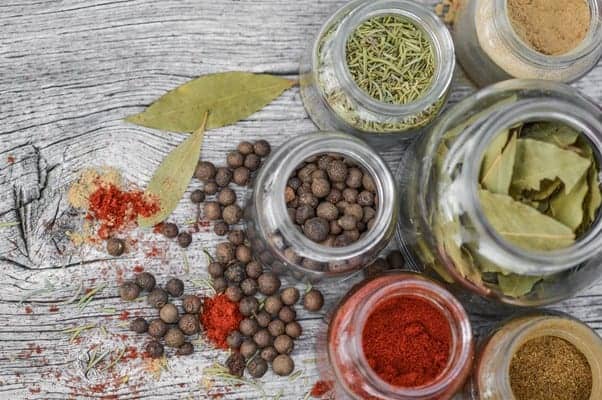 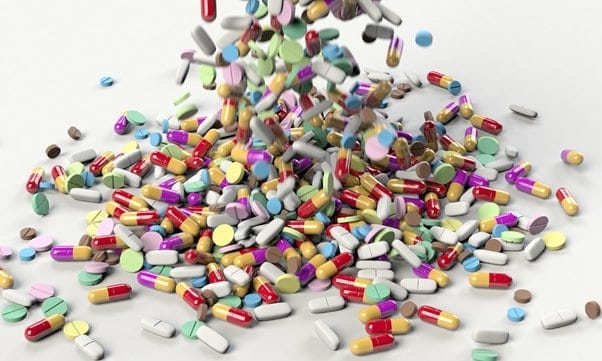 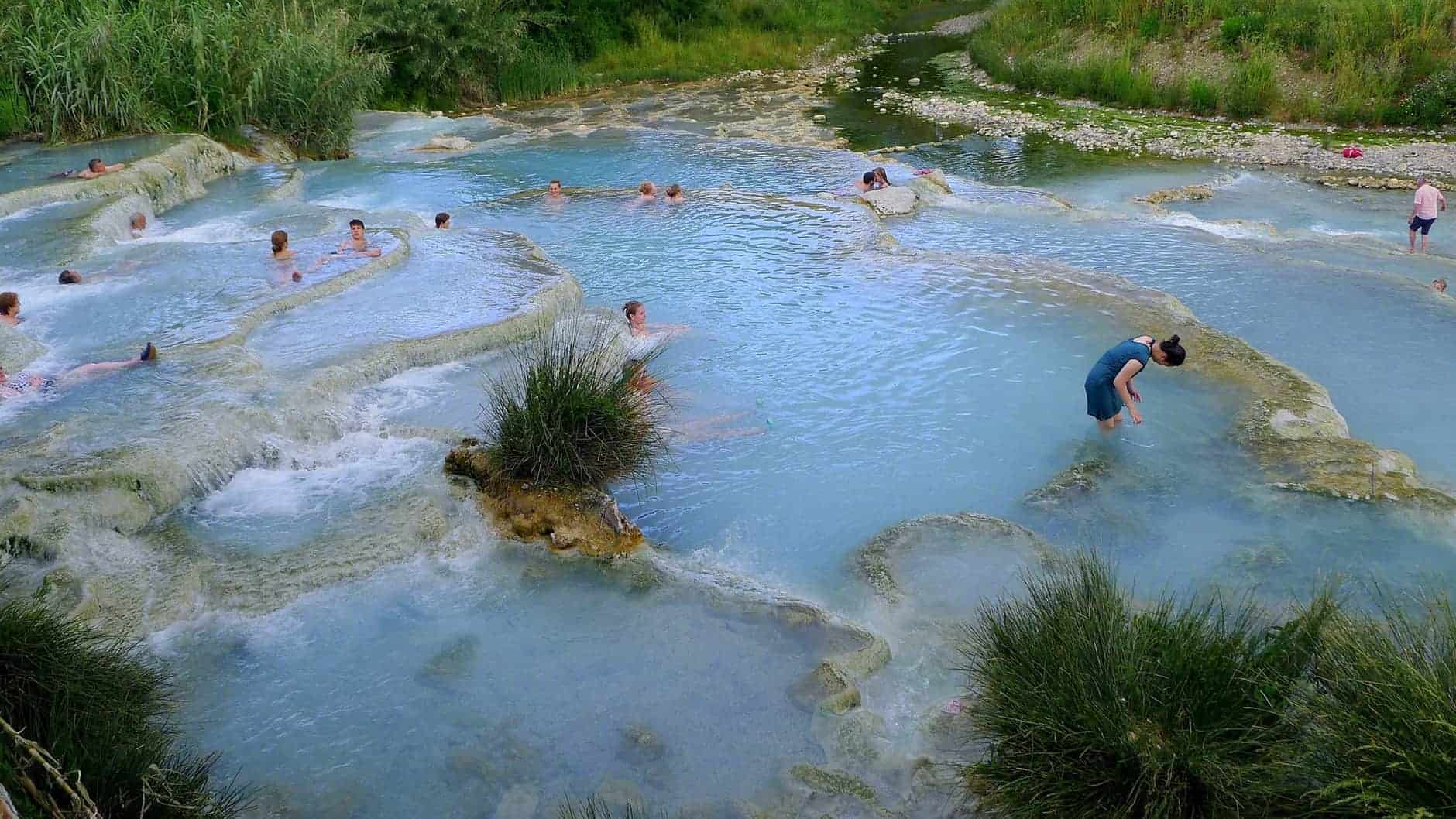 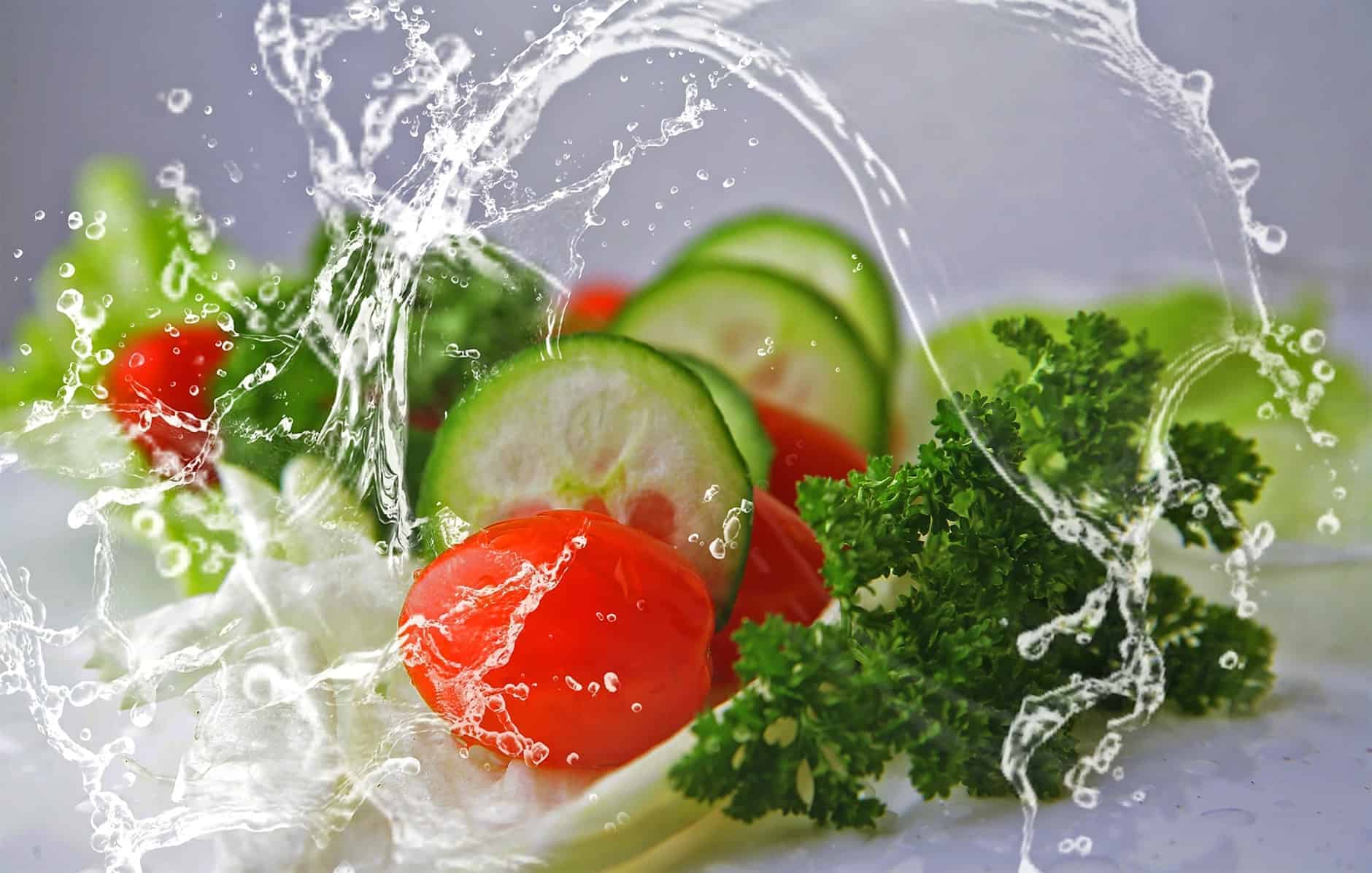 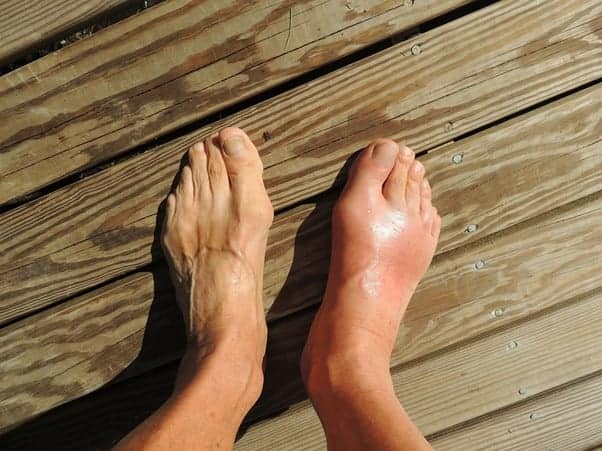 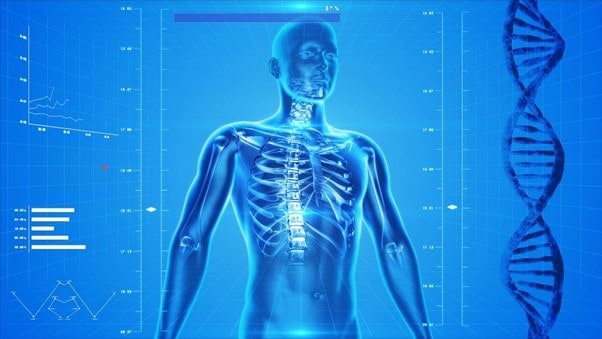 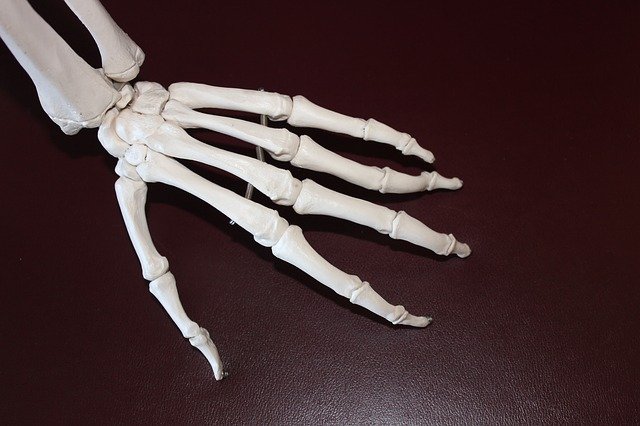 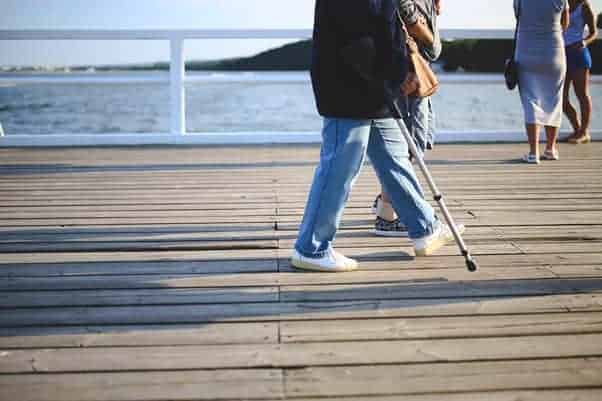 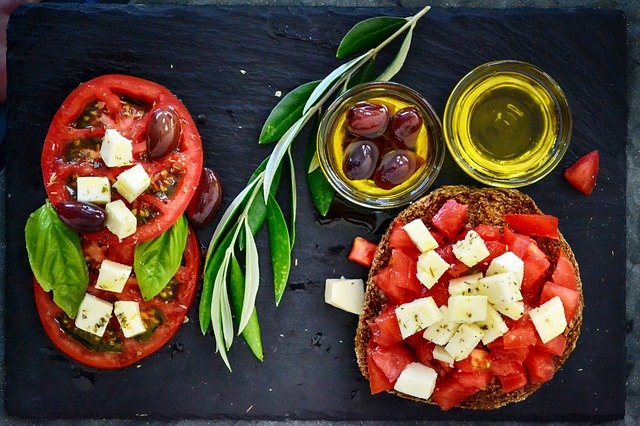 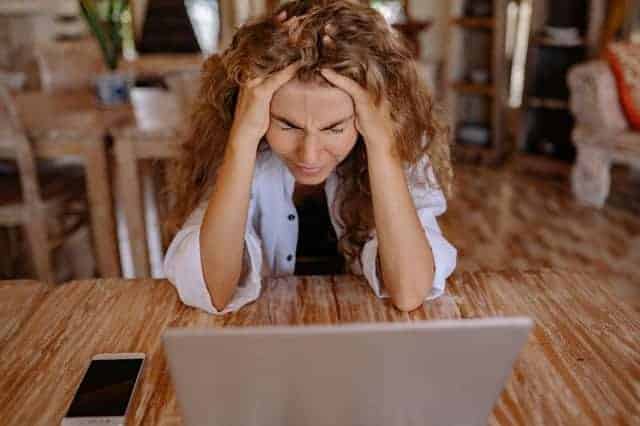 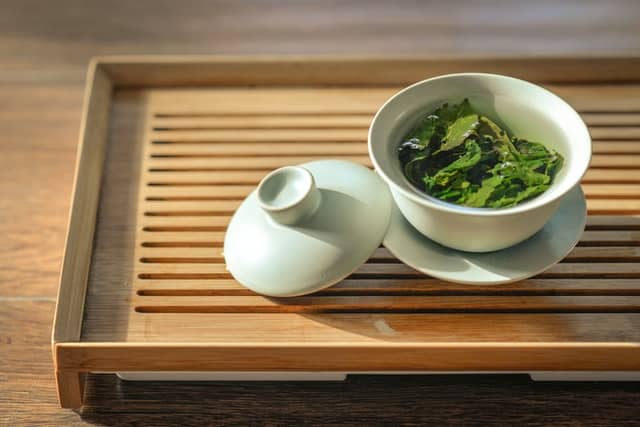